Sasakawa Leprosy (Hansen’s Disease) Initiative is a strategic alliance that links together the WHO Goodwill Ambassador for Leprosy Elimination, Sasakawa Health Foundation, and The Nippon Foundation for the purpose of achieving a leprosy-free world.

The current World Health Organization (WHO) Goodwill Ambassador for Leprosy Elimination, Yohei Sasakawa, has visited over 90 countries in this role to learn about and raise awareness of the challenges associated with the disease since his appointment in 2001. He has gained a global perspective and he is in a unique position to advocate for persons affected by leprosy and their families.

Sasakawa Health Foundation (SHF) was co-founded in 1974 by Yohei’s father, Ryoichi Sasakawa, and Morizo Ishidate, a pharmacologist who was the first person to synthesize a drug treatment for leprosy in Japan. SHF is committed to a public health approach and collaborates with a wide range of stakeholders in order to address interrelated medical and social issues.

The Nippon Foundation (TNF), also founded by Ryoichi Sasakawa, has been providing generous funding to leprosy-related initiatives since 1967. In addition to providing the majority of funding for SHF and the WHO Goodwill Ambassador’s activities, TNF is the principal donor for the WHO’s Global Leprosy Programme. Yohei Sasakawa is the current chairman of TNF.

Despite the fact that leprosy is now curable, endemic pockets of disease and stigma and discrimination persist. Achieving a leprosy-free world requires both continued disease-focused public health efforts and attention to social obstacles. Histories must be told and practices must be updated so that everyone is heard, healed, and included. Sasakawa Leprosy (Hansen’s Disease) Initiative allows for the capacities and strengths of the WHO Goodwill Ambassador, SHF, and TNF to come together in service to persons affected by leprosy, their families, and all humans worldwide who want a world where we accept and support one another.

The Sasakawa Leprosy (Hansen’s Disease) Initiative has included both “leprosy” and “Hansen’s disease” in its name in order to acknowledge that disagreement exists regarding the best term for the disease. The intent when choosing one term over another should always be to eliminate stigma and discrimination within a local context. Sasakawa Health Foundation uses “Hansen’s disease” (hansen byō) in Japanese and both “leprosy” and “Hansen’s disease” in English. The choice to use both words in English reflects awareness that “leprosy” is a more familiar term to many people and it continues to be used by the World Health Organization (WHO).

The Initiative uses the term “persons affected by leprosy” with awareness that there is no consensus about the best way to describe someone who either has an active infection or who has been treated and cured, but whose life is still affected—socially, economically, physically, psychologically, and in other ways—by the disease experience. Our intent is always to find and promote language that maximizes mutual understanding and at the same time eliminates stigma and discrimination.

When discussing leprosy (Hansen’s disease), “elimination” is often shorthand for “elimination as a public health problem,” and even more specifically, it refers to a World Health Organization (WHO) definition of less than 1 case per 10,000 population. Now that this goal has been reached at the national level by most countries, “elimination” is being redefined. WHO’s most recent global strategy (2021-2030) sets global numerical targets that link “elimination” to “interruption of transmission.” The Initiative thinks broadly about elimination from both medical and social perspectives. In addition to supporting efforts to set numerical targets in order to align action globally, we highlight the need to eliminate discrimination as a necessary part of the journey towards a leprosy-free world. 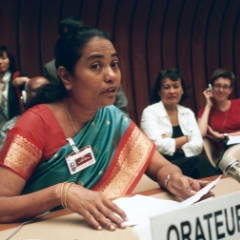 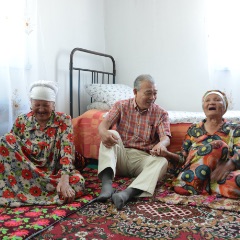 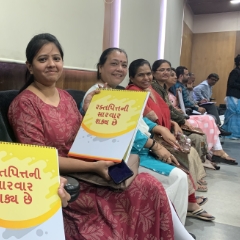 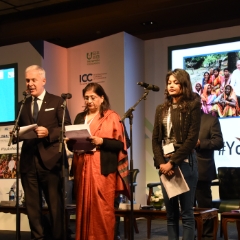