Skip to content
Home › About the Initiative › Goodwill Ambassador (GWA)

WHO Goodwill Ambassador for Leprosy Elimination

Yohei Sasakawa is a catalyst, a bridge-builder, and an advocate who has worked steadfastly toward a leprosy-free world for over forty years. He has summarized his approach with the metaphor of a motorcycle: the front wheel is the effort to cure the disease; the back wheel is the fight against stigma and discrimination. Both wheels need to be turning at the same time in order to make progress toward a leprosy-free world. 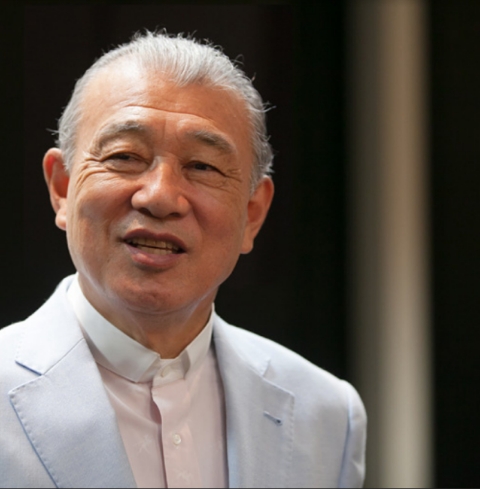 Yohei Sasakawa’s personal commitment to eliminating leprosy and problems associated with it has motivated his work as President (1989-2005) and then Chairman of The Nippon Foundation (2005-present), WHO Goodwill Ambassador for Leprosy Elimination (2001-present), and Japanese Government Goodwill Ambassador for the Human Rights of Persons Affected by Leprosy (2007-present).

He contributes to the Sasakawa Leprosy (Hansen’s Disease) Initiative through his role as the WHO Goodwill Ambassador for Leprosy Elimination (GWA). In this role, he has visited over 90 countries to learn about and raise awareness of the challenges associated with the disease since his appointment in 2001. He has gained a global perspective and he is in a unique position to advocate for persons affected by leprosy and their families.

As “leprosy” carries symbolic weight, he thinks about what he can do to counter negative associations. No matter how grueling the journey, he travels to endemic hotspots, and he initiates caring physical contact with persons diagnosed with the disease. He pays attention to representation of the disease and speaks up publicly when “leprosy” or associated words are used to indicate something feared and stigmatized. Everywhere, he repeats: leprosy is curable; medication is free; stop discrimination now.

The constancy of his personal dedication makes Yohei Sasakawa himself into a symbol of the stamina and tenacity necessary to eliminate leprosy and all of its associated problems. He models the level of commitment that he expects from government leaders, and as a goodwill ambassador he is in a position to remind them year after year that efforts must continue.

The GWA often works in the role of facilitator. He brings together governments, medical professionals, nongovernmental organizations, health workers, organizations of people affected by leprosy, and other stakeholders. Every year, he leads the Global Appeal to End Stigma and Discrimination against Persons Affected by Leprosy to raise awareness of ongoing discrimination and make new allies who share committment to the human rights of persons affected by leprosy. His newsletter, which has been published since 2003, creates a sense of community by celebrating progress and spotlighting challenges at every level of the elimination effort. Following the publication of the 100th issue in May 2020, the newsletter was redesigned and retitled the WHO Goodwill Ambasssador’s Leprosy Bulletin to signal ongoing commitment to information sharing and network building.

As of 2019, the number of newly diagnosed leprosy cases worldwide has held steady at around 200,000. Innovation needs to happen in order to break this plateau and stop transmission. As someone who travels the globe and speaks with people involved in every aspect of leprosy and its associated problems, the GWA has a role to play in spreading information and encouraging everyone to keep going until we truly have a leprosy-free world.

To learn more about Yohei Sasakawa and his efforts as the WHO Goodwill Ambassador for Leprosy Elimination: