The second in a series of  6 webinars of “Don’t forget Leprosy” campaign was held on Sep. 29, 2021 on the theme of “Leprosy as a Human Rights Issue.  This is the coverage of Inter Press Service (IPS) on this event.  To read the article on the IPS website, click here.

NAIROBI, KENYA, Sep 29 2021 (IPS) – A new dawn has come, and it was through the work of Yohei Sasakawa, the WHO Goodwill Ambassador for Leprosy Elimination, that those affected by leprosy now had a voice to speak for themselves.

So said Faustino Pinto, a person affected by leprosy and Vice National Coordinator of Movement for the Reintegration of People Affected by Hansen’s disease (Morhan), at a webinar with the theme ‘Hansen’s Disease/Leprosy as a Human Rights issue’.

Sasakawa, who is also the chairperson of The Nippon Foundation, and Dr Alice Cruz, UN Special Rapporteur on the Elimination of Discrimination against Persons Affected by Leprosy, addressed the webinar. Guests included Caroline Teixeira, Miss World Brazil 2021 and Julia Gama, Miss Universe Brazil 2020. The Sasakawa Health Foundation, in collaboration with Morhan, were co-conveners. The event forms part of a 10-month-long campaign dubbed ‘Do not Forget Leprosy’.

The celebrity guests applauded his sentiments.

Gama, also working with Morhan, told IPS: “Hansen’s disease has a cure, and I believe so does prejudice. I will use my voice to ensure that those who were silenced are heard. I believe togetherness is our strength, and together we can eradicate Hansen’s disease.”

Pinto praised Sasakawa for his lifelong commitment to improving the lives of those affected by the disease.

“We were taught to just accept what we were told: Take the medicine, keep the appointments, open your mouth to check if you did take the medicine, do not abandon the treatment,” says Pinto. This changed when Sasakawa became involved.

Pinto appealed for those affected by leprosy to be heard, seen, and involved in efforts towards zero leprosy.

He lauded the Sasakawa and the Foundation “for always talking about us and including us in the debate” and for “truly listening to us and giving us a voice”. It is this voice that Pinto used to appeal to the global community, saying, “Don’t Forget Hansen’s Disease. Don’t Forget Us.”

At the heart of discussions was the bid to draw the world’s attention to a disease in equal measure, a medical and social problem. Furthermore, the meeting was a key platform where participants were urged to approach leprosy as a human’s rights issue.

While concerted efforts have today led to less than one case of leprosy in a population of 10 000 people as per WHO estimates, with at least 200 000 new cases reported annually, experts say leprosy is still very much a concern.

“There are more than one billion people in the world living with disabilities, including persons affected by leprosy. We need to create an inclusive society where everyone can have an education, find work, and get married if they want to. People have passion and motivation. Often, all they lack is opportunity,” says Sasakawa.

Governments efforts to respond to COVID-19 is believed to have setback the progress towards zero leprosy.

“Persons affected by leprosy face multiple discrimination. They are often discriminated against on various grounds – like leprosy, but also gender, age, poverty, disability, sexuality, and race. They also struggle with violence from the State and society and with interpersonal violence,” says Cruz.

“There is such ability and potential in the world, and to have everyone participate in society will create a truly wonderful future. That is why it is important for persons affected by leprosy to have confidence and speak out,” Sasakawa emphasises.

“To support them, Sasakawa Health Foundation and The Nippon Foundation are helping them to build up their organisational capacity. I would like to see a society in which everyone is active, able to express their opinions to the authorities with confidence, and their contribution is valued,” he adds.

Over ten months, the campaign, which leverages Sasakawa’s 20th anniversary as Goodwill Ambassador, will raise awareness of why the world should stay focused on leprosy. 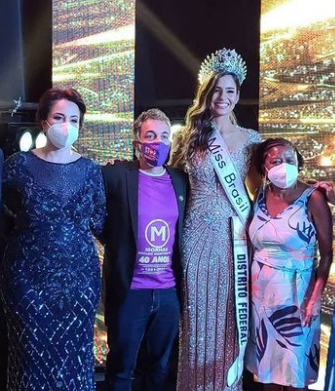 “It was a great honour to be chosen Miss World Brazil and thus become an ambassador of the fight against Hansen’s disease in Brazil, the country with the highest incidence of the disease in the world,” Teixeira told IPS.

“In the coming days, I will be part of a Morhan delegation visiting several cities in the north of the country, sensitising governments to action in defence of the rights of persons affected. We will certainly unite many voices so that Hansen’s disease is not forgotten,” she says.

Nevertheless, left untreated, leprosy can result in permanent disability. Worldwide, three to four million people live with some form of disability due to leprosy, as per WHO estimates.

There is growing concern that COVID-19 and the fear of discrimination could further prevent people from visiting hospitals, leading to diagnosis and treatment delays.

As it is, WHO’s 2020 statistics show an estimated 40 percent drop in the detection of new leprosy cases, which, experts warn, will lead to increased transmission of leprosy and more cases of disability.

Discrimination and stigma remain a primary concern for Sasakawa. He decries that “people who should be part of society remain isolated in colonies facing hardships. The more you look into it, the more you see the restrictions they live under, including legal restrictions in some cases. Is it not strange that someone cured of a disease cannot take their place in society?”

“If the human rights aspect wasn’t addressed, then elimination of leprosy in a true sense would not be possible. I would like to create a society where everyone feels fully engaged, able to express their opinions, and appreciated. The coming era must be one of diversity, and for that, we need social inclusion.” 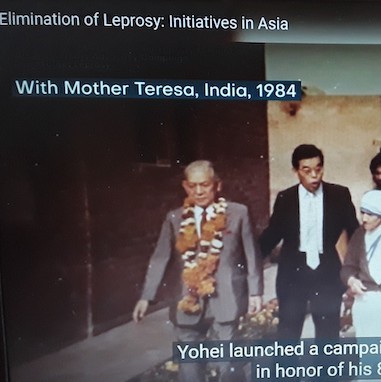 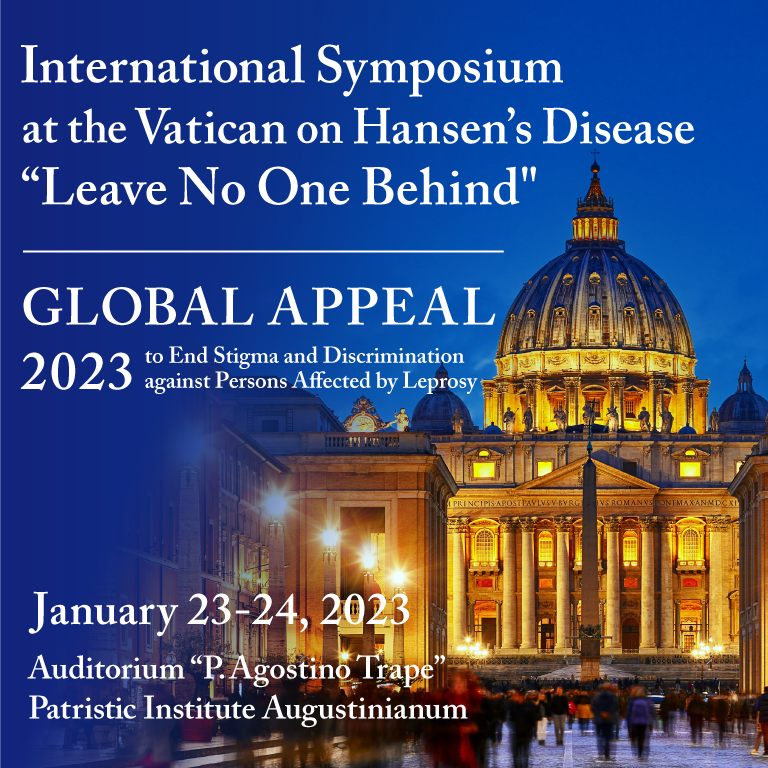