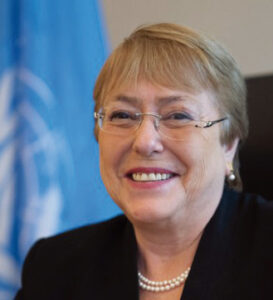 LB (Leprosy Bulletin): In the speech you contributed for the launch of this year’s Global Appeal to End Stigma and Discrimination against Persons Affected by Leprosy, you stated that “leprosy remains a neglected and stigmatized disease.” What do you think can be done to change this?

MB (Michelle Bachelet): First, we need more awareness and understanding of the impact that stigma and discrimination have on the dignity and rights of persons affected by leprosy and their family members. When four persons who recovered from leprosy came to Geneva in 2005 to speak about their experience at the UN Sub-Commission, that was a watershed moment. They provided first-hand accounts of the barriers of prejudice that persons affected by leprosy and their family members continue to face because of the way the disease is misunderstood by society.

Furthermore, we need to empower persons affected by leprosy as rights-holders and agents of change. Ensuring their meaningful participation in the design and delivery of programs and services, particularly in leprosy-endemic countries, is critical to sustainability of impact. Making their voices count in policy decisions that affect their lives is key to the realization of a full range of human rights.

We also need to ensure that persons affected by leprosy can access effective mechanisms for remedy and accountability when their rights are violated. Here the justice system and independent national human rights institutions play a critical role, and therefore judges and lawyers need to have a better awareness and understanding of the specific challenges faced by persons affected by leprosy and their family members.

Lastly, we need to continue our efforts to keep zero leprosy high on the national and international agenda. We need more influencers like Mr. Sasakawa, who as WHO Goodwill Ambassador has held many discussions with heads of state, ministers, and policy decision-makers as well as persons affected by leprosy and organizations that support them. The Global Appeal to End Stigma and Discrimination against Persons Affected by Leprosy, launched in 2006, has sought to raise public awareness through the media, while also drawing the support of world leaders, representatives of persons affected by leprosy and their family members, and organizations concerned with human rights in general.

LB : As the WHO Goodwill Ambassador for Leprosy Elimination, Yohei Sasakawa has placed increasing emphasis on human rights. Could you tell us more about his contribution in this area?

MB : Over the last 20 years, Mr. Sasakawa has made tireless efforts to raise global attention to leprosy as a human rights issue. He made his first visit to the Office of the High Commissioner for Human Rights in 2003. He sought to persuade the then UN Sub-Commission on the Promotion and Protection of Human Rights to pursue this issue, and he worked closely with the Government of Japan and other countries to prepare the way for the Human Rights Council to adopt, in 2008, the first resolution on the elimination of discrimination against persons affected by leprosy and their family members.

The 2008 resolution requested the Advisory Committee to develop a draft set of principles and guidelines for the elimination of discrimination against persons affected by leprosy and their family members. The final Principles and Guidelines were adopted by the Human Rights Council and the General Assembly in 2010. This was a truly historic moment, made possible in large part by persistent efforts of Mr. Sasakawa and other advocates like him. The Principles and Guidelines created a momentum for further developments over the next decade in the Human Rights Council, including the establishment of the mandate of the Special Rapporteur on leprosy in 2017.

MB: The system of Special Procedures, of which the Special Rapporteur on leprosy is a part, is an element of the United Nations human rights mechanism. The Special Rapporteur is an independent expert, appointed by the Human Rights Council, and carries out her mandate in an independent and impartial manner. Her mandate includes reporting on progress made by countries in implementing the aforementioned Principles and Guidelines and engaging in dialogues with stakeholders to identify challenges, promote good practices, and raise awareness.

Since her appointment as Special Rapporteur in November 2017, Ms. Cruz has carried out important work in documenting evidence of discrimination as well as good practices, conducting dialogue with policy-makers and people affected by leprosy through her country missions, and providing recommendations and policy guidance for a people-centered and human rights-based approach to promote a paradigmatic shift in addressing stigma and discrimination. Her most recent report looked at the disproportionate impact of the COVID-19 pandemic on persons with leprosy and made a number of important recommendations for inclusive recovery.

The fact that her mandate was extended for three more years attests to the broad appreciation by Member States of her work and the continuing need for addressing leprosy as a human rights issue. I encourage all Governments and stakeholders to cooperate with her mandate.

MB: The COVID-19 pandemic has shown us again the weakness of our society and of humanity: fear. The fear generated by myths and misconceptions about communicable diseases has fueled the social stigma and discriminatory behavior. In today’s digital society, fear and misconceptions are spreading even faster. To fight against COVID-19 discrimination, there is much we can learn from the experiences of those who have worked to eliminate stigma attached to leprosy.

We need policies that uphold human dignity and that deliver universal and equal access to social welfare protections and health care, without any form of discrimination. We need to upgrade the quality of health care that has been undermined by austerity measures. We need to invest in education systems and work to advance the right to social protection for everyone. The COVID-19 pandemic has also shown the need for greater solidarity among States and people of all generations. To end stigma and discrimination, we need to make this “our problem,” not “theirs.” We all need to do our part by upholding human rights and dignity for everyone, and particularly for those who suffer from stigma and discrimination because of disease or other grounds.

LB: The coronavirus pandemic has had a disproportionate impact on the poor and marginalized communities, among them persons affected by leprosy. What has the past year-and-a-half taught us about human rights?

MB: Rarely has the world faced such a cascade of human rights setbacks and threats as in the past year-and-a-half with the COVID-19 pandemic. It has been shocking to see the disproportionate toll of COVID-19 on individuals and groups who are marginalized and suffer discrimination, including persons affected by leprosy and their family members.

Thinking about building back better from COVID-19 is offering us a turning point: a generational opportunity to depart from models that have generated inequalities and fragility and steer our world towards a more inclusive and sustainable society.

We need a life-changing vision — and concerted action — to build a human rights economy; human rights-based development; and societies that, in all their diversity, share bedrock commitments to reduce inequalities and advance all human rights for all and to leave no one behind. 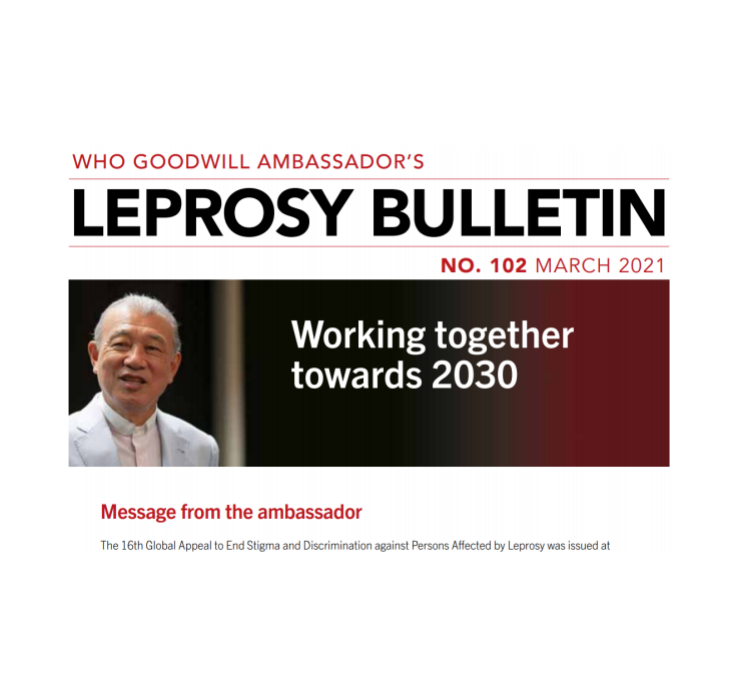