The forth in a series of  6 webinars of “Don’t forget Leprosy” campaign was held on Jan. 25, 2021 on the theme of “Raising Awareness about Leprosy ~Role of Youth: Discussions shared from 3 Regions”.

This is the coverage of Inter Press Service (IPS) on this event.
To read the article on the IPS website, click here.

Nairobi, Kenya, Jan 25 2022 (IPS) – Yohei Sasakawa said the youth have the power to change the world, and their participation in removing the stigma and myths about leprosy is crucial to the campaign to end the disease.

Sasakawa, the WHO Goodwill Ambassador for Leprosy Elimination and Chairman of the Nippon Foundation, was speaking at a webinar held in the run-up to World Leprosy Day on January 30. He engaged youth from Africa, Asia, and Latin America in an online discussion dubbed ‘Raising Awareness about Leprosy – Role of Youth’.

“The history of the world is changed by young people. The spirit of young people is essential in the fight against leprosy. Speak out and let the world understand leprosy better. Use online tools at your disposal to tell the world not to forget leprosy,” Sasakawa told participants.

“The younger generation has joined our efforts. Our goal is to hear from you, work with you and take action with you towards a day when there will be zero stigma and discrimination against those affected by leprosy.”

At the heart of discussions were highlights from three regional forums, stimulating conversations about leprosy and its related challenges and efforts to build collaboration and networks to combat an ancient disease at risk of being forgotten.

The webinar was organized against the backdrop of the global ‘Don’t Forget Leprosy’ campaign by the Sasakawa Leprosy Initiative. The initiative strategically links the WHO Goodwill Ambassador for Leprosy Elimination, Sasakawa Health Foundation, and the Nippon Foundation towards achieving a leprosy-free world.

Stigmatized, forced to migrate, denial of education, abandonment of children affected by leprosy, difficulties for those affected by leprosy, and women finding marriage partners – were highlighted in the discussions. Leprosy is even recognized as grounds for divorce in some countries.

These were only a few of the many challenges faced by those affected by the disease, speakers said.

“We need collective efforts to address the disease itself and, at the same time, the rampant stigma associated with leprosy. Today, the second generation of those affected by leprosy still find difficulties getting a job because of the stigma,” Sasakawa said.

He said efforts to address leprosy are two-pronged, engaging global and well-respected figures and grassroots actors for community-level engagement.

Participants heard that youths learning about leprosy and sharing that it is curable could accelerate progress towards a world free from medical and social problems related to leprosy.

Youth participation could significantly help dispel myths rooted during the many centuries in which leprosy, also known as Hansen’s disease, was incurable.

The online discussion followed three preparatory regional youth forums held in December 2021 and January 2022. The engagement was in anticipation of a Global Youth Forum on the theme, ‘Don’t Forget Leprosy’, organized by the Sasakawa Leprosy Initiative slated for March 2022.

Dr Michael Chen from HANDA, China, told participants how the first Asia Youth Forum engaged young people in a virtual meeting to discuss the reduction of stigma and discrimination faced by people affected by leprosy.

He said six Asian countries, including Bangladesh, China, India, Indonesia, Myanmar, and Nepal, participated. Discussions included the need to engage the younger generation in a world free of stigma and discrimination.

Similarly, Marcos Costa, from Morhan in Brazil, spoke of the first Latin American and Caribbean Virtual Meeting of young people affected by leprosy, their family members, and supporters.

The meeting, he said, sought to engage young people and their families in a dialogue centered on the challenges faced by those affected by the disease and to explore policy solutions to the problem.

“In Brazil, it is reported that many new leprosy cases were not diagnosed in 2020 because of COVID-19. The pandemic has compounded challenges facing young people as many of them are unemployed due to the stigma attached to people affected by leprosy,” he said.

Likewise, Tadesse Tesfaye from ENAPAL in Ethiopia summarized discussions during the first-ever Africa Youth Forum, with attendance from nine African countries, including Kenya, Niger, and Mozambique.

Tesfaye said the forum explored “how stigma and discrimination manifest upon persons affected by leprosy and their families and the need to build national, regional and international alliances to address social and medical challenges related to the disease.”

Within this context, Alice Cruz, the UN Special Rapporteur on eliminating discrimination against persons affected by leprosy and their family members, reminded the younger generation that leprosy was also a political factor and their voices were needed.

She called for diversity, new faces, ideas, innovations, and the engagement of young people and families affected by leprosy.

Her young son, Leo, finalized her address calling for a world free of all forms of discrimination and one where leprosy was not forgotten.

Chen and Costa further drummed support for the engagement of young people especially through social media to raise awareness of leprosy and challenge long-standing stereotypes.

“We need to cultivate the potential of young people, provide sufficient funding to young people, and a supportive platform for young people to learn, grow, communicate and solve problems,” Chen said.

Dr Takahiro Nanri, the Sasakawa Health Foundation executive director, moderated a session between the Goodwill Ambassador and young participants, including Costa, Rahul Mahato from ATMA Swabhiman in India, and Joshua Mamane from IDEA in Niger, who are also from a families affected by leprosy.

The discussion stressed the need to engage young people in the fight against leprosy actively.

Sasakawa said youth participation would usher in a new and much-awaited era in global and grassroots efforts to fully tackle leprosy as medical, public health, and human rights issues. 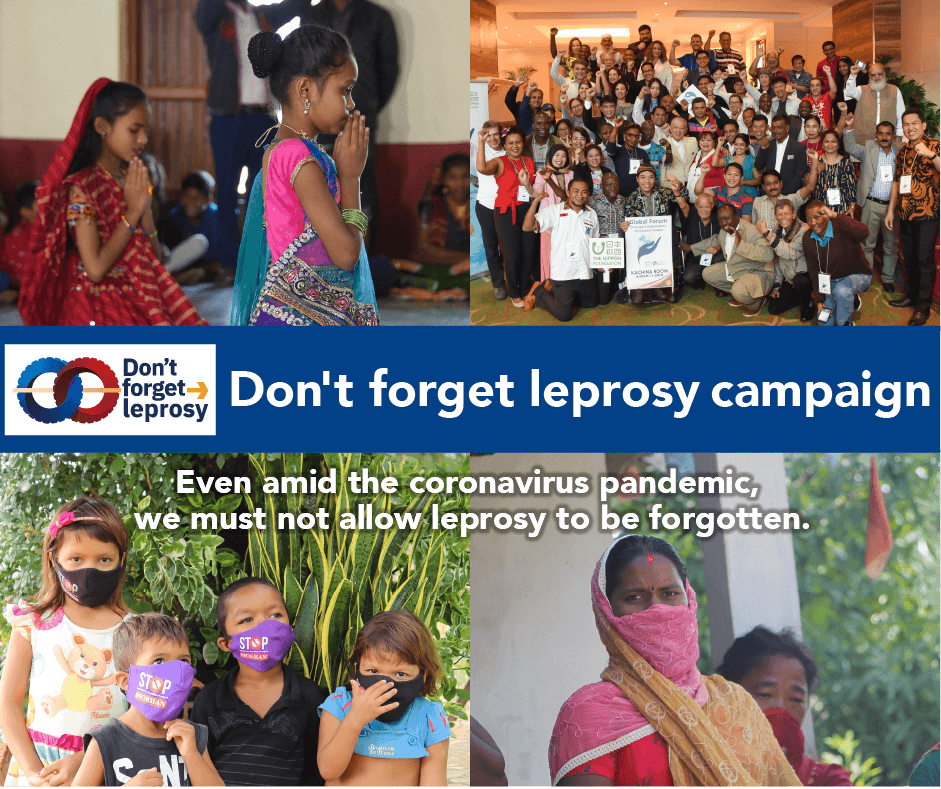