WHO Goodwill Ambassador for Leprosy Elimination Yohei Sasakawa visited Ethiopia to spread his “Don’t Forget Leprosy” message and celebrate with the Ethiopian National Association of Persons Affected by Leprosy (ENAPAL) as they opened their new six-story building in Addis Ababa, the country’s capital city.

The new building represents over 10 years of effort and collaboration. ENAPAL first approached the Ethiopian government around 2011 about the possibility of receiving land for a new headquarters. Six years later, the government transferred a 1,500-square-meter plot to the organization, the first case of its kind in Ethiopia involving a local non-governmental organization (NGO). After securing the land, ENAPAL approached Goodwill Ambassador Sasakawa during his visit to Ethiopia in July 2018 for support. Sasakawa Health Foundation (SHF) reviewed the plans, and a year later agreed to underwrite most of the construction costs. ENAPAL’s members also contributed from their limited incomes. After more than three years of construction, including many unexpected challenges because of the COVID-19 pandemic, the building was completed.

For now, ENAPAL will lease the building. The rental income will give ENAPAL financial independence from international NGOs for the first time since the organization was founded in 1996. In the context of centuries of stigma and discrimination against persons affected by leprosy, the building stands as a symbol of dignity and hope.

Together they called for eliminating leprosy through a combination of activities, including awareness-raising, training for healthcare workers, and support for rehabilitation.

Despite the rainy season, the morning of the opening ceremony was blessed with sunshine and blue skies. ENAPAL members looked a bit tense and joyful at the same time. Following the planting of a commemorative tree, Goodwill Ambassador Sasakawa joined Minister of Women and Social Affairs Ergogie Tesfaye and Minister of Health Lia Tadesse for the honor of cutting the ribbon. During a brief tour of the building, guests heard about how the building will be leased to an educational institution.

At the opening ceremony for ENAPAL’s new building, the day’s honored guests worked together to plant a commemorative tree. Takako Ito, Ambassador of Japan to Ethiopia, holds the shovel.

Kefyalew Bekele, Chairperson, ENAPAL
We will use the rental income from this building to support persons affected by leprosy to rejoin society.

Tesfaye Tadesse, Managing Director, ENAPAL
To construct this building, we relied on the strength of ENAPAL and the power of God. I would like to express my gratitude once again to all of you. Regarding how we will use the rental income, 44% will be used for activities that support persons affected by leprosy, 26% for operating expenses, 20% for investments, and 10% for contingency planning.

Dr. Boureima Hama Sambo, WHO Country Representative for Ethiopia
The operation of this building will bring social and economic benefits. I believe that it will become a symbol of the restoration of dignity. We absolutely can eliminate stigma and discrimination. The World Health Organization will continue to take action based on the Global Leprosy Strategy.

Takako Ito, Ambassador of Japan to Ethiopia
The Sasakawa Leprosy (Hansen’s Disease) Initiative is working with ENAPAL and others toward a world without leprosy. The completion of this building is having a great impact on persons affected by leprosy and people around the world. I hope that the building will become a symbol of friendship between Ethiopia and Japan.

Dr. Lia Tadesse, Minister of Health
The Ministry of Health will allocate 50 million birr to the fight against leprosy. The training of health care workers and other professionals is especially important. We will cooperate as much as possible toward a world without leprosy.

Dr. Ergogie Tesfaye, Minister of Women and Social Affairs
Stigma and discrimination against persons affected by leprosy can be eliminated through our own efforts. The fight against leprosy and support for those who are affected is the responsibility of the government, and we will provide technical and financial support. ENAPAL’s efforts can serve as a model for other organizations and governments.

Goodwill Ambassador Sasakawa spoke at a press conference and appeared on an Ethiopian Broadcasting Corporation (EBC) television program. He called for correct knowledge of leprosy and urged households to implement skin checks, especially for children, in order to increase the likelihood of early detection. 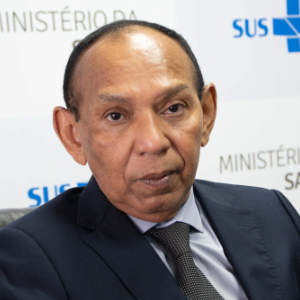 2022/03/30 INTERVIEW: Laws should reflect the values of society
Back